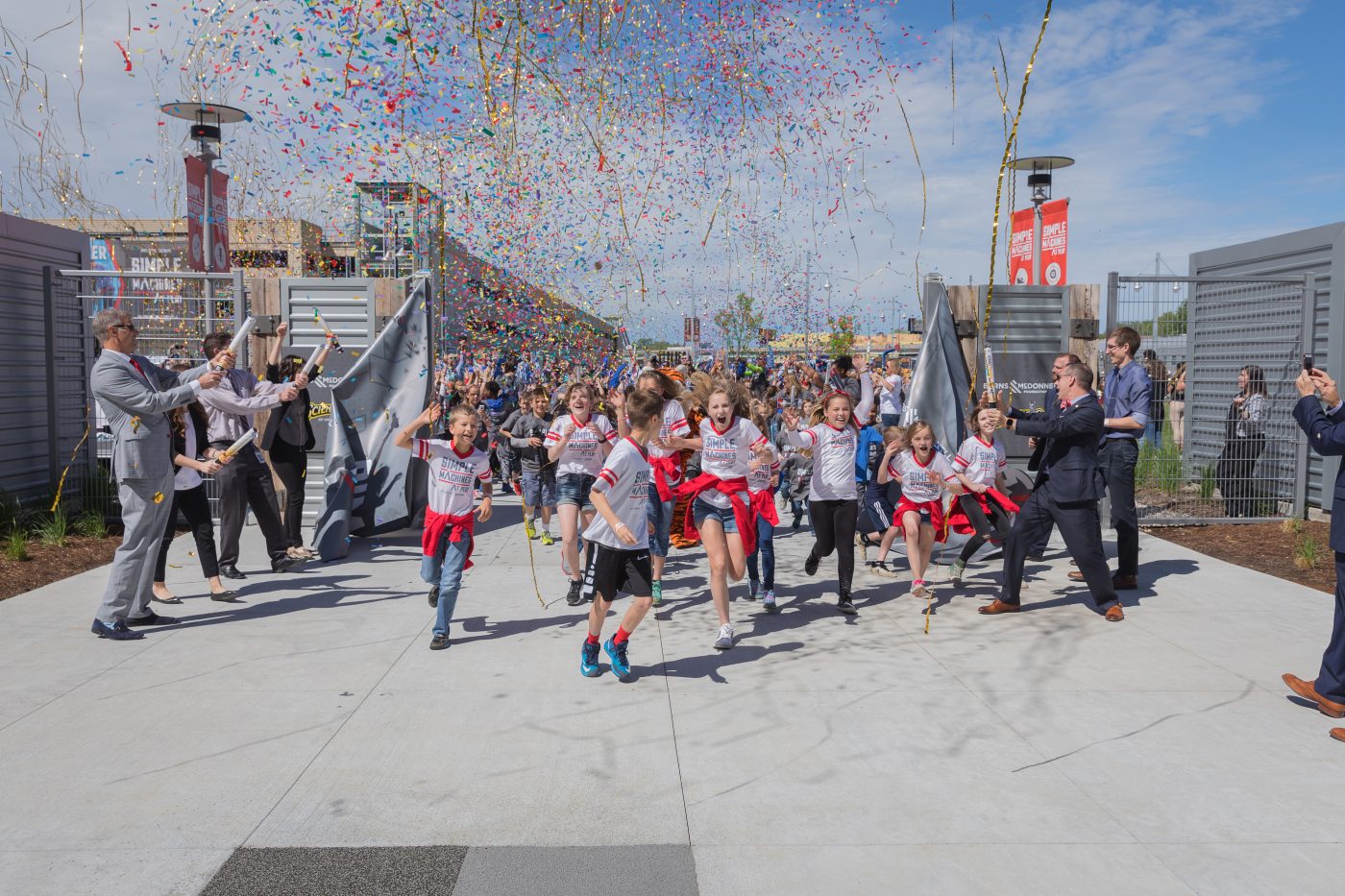 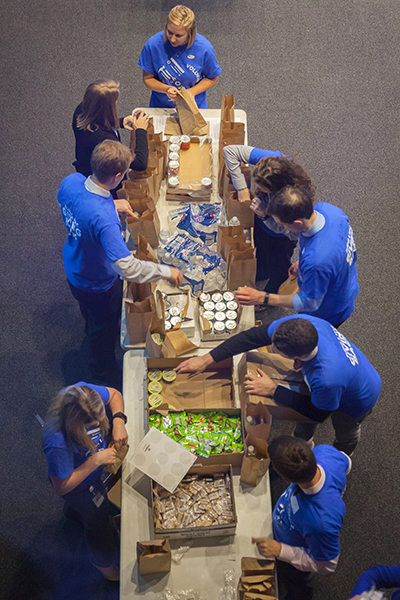 The Burns & McDonnell Foundation serves as a pillar of the company and focuses on giving in four different areas: education, health, arts and culture, and community development.

Additionally, every spring, the Burns & McDonnell Foundation launches an annual campaign called Charity of Choice. Burns & McDonnell employees across the nation donate to local organizations that all support the same cause. A Corporate Citizenship Committee comprised of employees from various departments and locations helps determine a different social issue year that impacts their communities. In 2017, the campaign raised more than $230,000 to support at-risk youth. In 2018, employees are supporting organizations across the country working to end homelessness. This theme-based approach allows employees to rally behind a common cause while supporting local nonprofit organizations across the country.

“The matching gift program with the Greater Kansas City Community Foundation is one of our most rewarding programs that allows us to support our employees’ personal passions,” says Julee Koncak, Director of the Burns & McDonnell Foundation. “It is incredible to see how generous our employees are when it comes to giving back.” 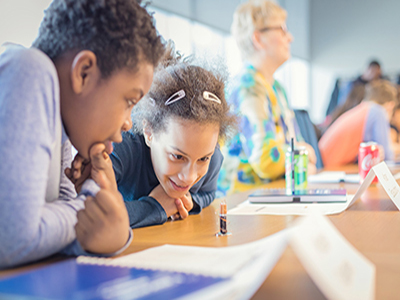 Every other year, local K-12 students submit proposals for a new exhibit at Kansas City’s famed Science City, a renowned, hands-on science center housed in the heart of downtown Kansas City at historic Union Station. Not only is the winning team granted $50,000 to support STEM education at their school, the Burns & McDonnell Foundation contributes $1 million to bring their idea to life at Science City. Battle of the Brains runs on a two-year cycle, one for competition and one for exhibit development, construction and implementation. Four exhibits, inspired by local students, have made their home at Science City thanks to the Burns & McDonnell Foundation.

The 2017 winning exhibit comes from the CAIR FOCUS Program of the Grandview School District, an exhibit that dives deep into a very complex topic, the brain, and uncovers how it controls everything we do as humans.

Growing by nearly 60 percent in 2017, approximately 7,000 students from 250 schools across 55 school districts submitted 820 proposals for consideration. A panel of judges including STEM professionals from both Burns & McDonnell and Science City, along with more than 75,000 online votes cast by the public determined the top-20 finalists who received a combined total of more than $155,000 in grants. Nearly 20,000 students in total have benefitted from the immersive educational opportunity since the first competition in the fall of 2011.

“The caliber of ideas coming from our students is mind-blowing,” says Ray Kowalik, chairman and CEO of Burns & McDonnell. “These are future engineers, architects, and start-up professionals. These kids are innovators today. And I can’t wait to see how they lead our great cities, and perhaps our nation, tomorrow.”

The Burns & McDonnell Foundation benefits more than local students and schools. It is also a key tool used in recruiting and retaining top job candidates. Burns & McDonnell is known for its robust internship programs, bringing fresh talent to Kansas City from across the country.

“Service and philanthropy are big areas of interest for recent grads and interns,” says Renee Gartelos, Burns & McDonnell Vice President of Human Resources. “It’s a high priority for them when considering a list of benefits in a potential career. We continually work with our interns to do service projects to show them the company’s passion, so when they are hired full-time, they will continue to stay engaged with our culture of giving back.”

It’s well known in Kansas City and across the country that Burns & McDonnell is not just a leader in designing and building state-of-the-art facilities but for its strong commitment to giving back to the community. Employees have a sense of pride, thanks to the company’s charitable giving programs.

“It’s so rewarding to be a part of a successful company that invests in the community,” says Charlotte Lewin, Burns & McDonnell Community Relations Coordinator. “Community members know Burns & McDonnell for our charitable initiatives; that really speaks to what we’ve helped to build through the Burns & McDonnell Foundation. Each and every one of us has a part in making a difference.”

“The Community Foundation is an awesome resource available to those companies that want to give back,” Charlotte says. “The staff is so knowledgeable and trusted. We frequently attend Corporate Giving Network to share our knowledge, ask questions, network with like-minded individuals, brainstorm new ideas, and learn from other companies who are doing the same thing. It’s such a benefit to have the Community Foundation staff offer to take care of all the administrative work, so we can continue to focus on our commitment to our employees and their communities.”

If your organization would like to create or expand a corporate giving program, or establish a corporate foundation, visit the corporate services section of our website, contact LaVon Colhour by email or call 816.627.3400.