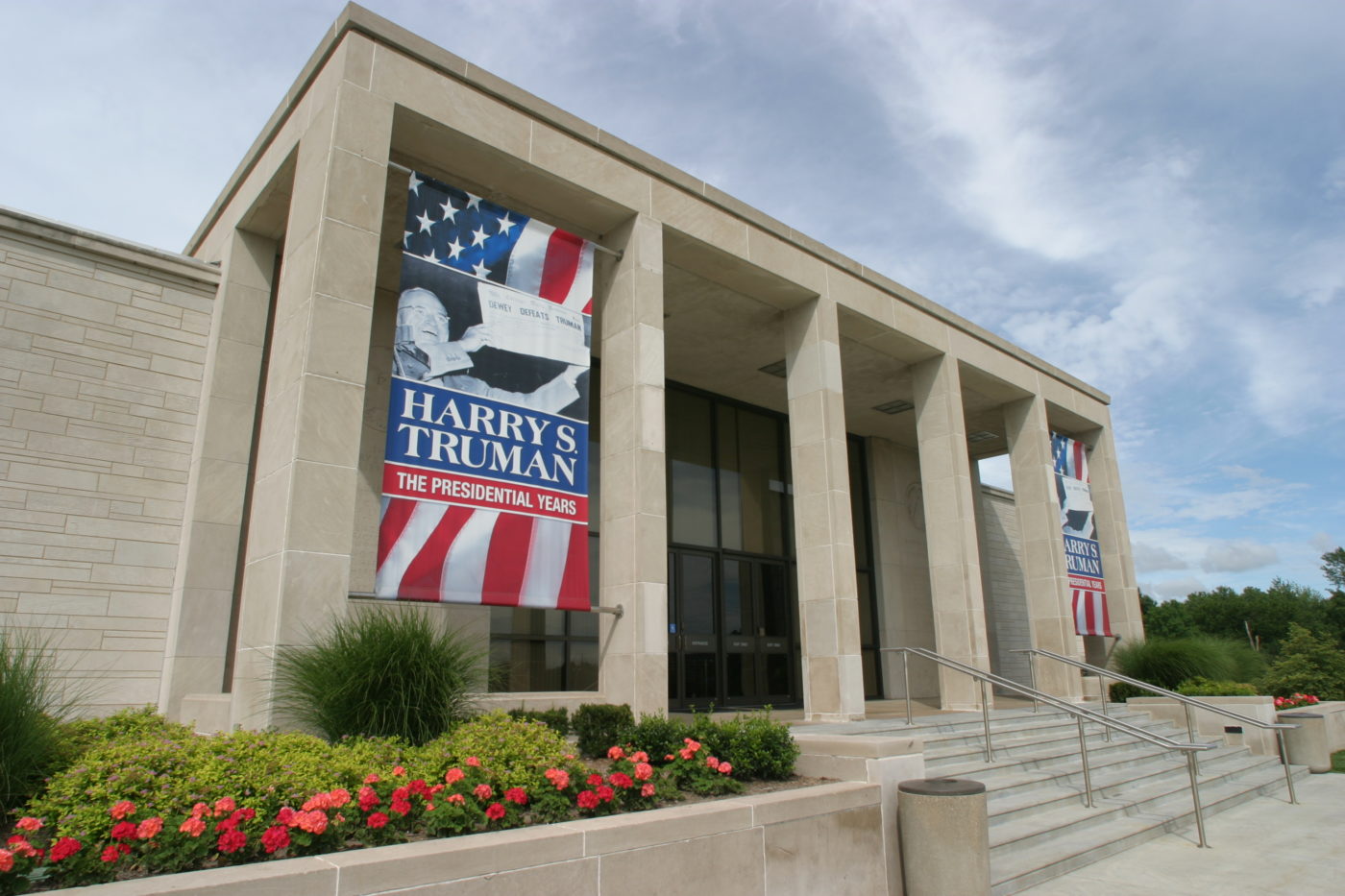 Just hours before becoming an official construction site, Greater Kansas City Community Foundation donors had the opportunity to go behind the scenes at the Harry S. Truman Presidential Library and Museum before it closed to the public for the next year to undergo extensive renovations.

The Library and Museum, one of 14 presidential libraries in the country, is administered by the National Archives and Records Administration as a part of the government’s record-keeping system. The Truman Library Institute, founded by President Truman himself, is the nonprofit partner of the Library and Museum and enriches the public’s understanding of history, the presidency and America’s unique form of government. This partnership allows the Library and Museum to flourish and give visitors, especially young students, a chance to engage with history.

A $30 million capital campaign will fund a new permanent exhibit at the Library and Museum and other strategic improvements including enhanced education programs, expanded public programs and endowment support.

Donors heard from Kurt Graham, Executive Director of the Library and Museum, who shared his excitement about Kansas City’s generosity in supporting the capital campaign.

“People are investing in this cultural institution that will expose generations to come to local, national and international history and art,” said Kurt. “We will be able to do better by Harry S. Truman and tell his story better with the planned improvements to the Library and Museum.”

Donors previewed what the finished outcome will look like after the year-long renovation in the following video:

Donors then had the unique opportunity to walk through the Library and Museum as it was prepped and ready for construction to begin the very next day. Every single artifact has been carefully removed and placed in storage to be preserved during the renovation. Library and Museum staff were on-site to discuss the importance of historical preservation and cataloging during renovations.

The Community Foundation’s donor education events serve as an opportunity for donors to get an up-close-and-personal experience with causes or interest areas in the Kansas City metro while connecting with their charitable peers. The team at the Community Foundation always welcomes suggestions for event topics or ideas. Submit your ideas to info@growyourgiving.org.