With more than $150 billion in profits expected next year, human trafficking is the fastest growing crime in the world. Outperforming Walmart, Exon, Microsoft and Apple’s profits combined, the trafficking industry has unquestionably reached epidemic proportions.

At a recent Donor-to-Donor event, Greater Kansas City Community Foundation donors were invited to hear from a panel of experts on the changing landscape of the trafficking industry. Panelists represented several organizations that work to combat trafficking locally and nationally and provide support to survivors.

Donors first heard from Victor Boutros, Founding Director and CEO of the Human Trafficking Institute. Its mission is to decimate trafficking on a global level by educating and training specialized law enforcement units, one community at a time. 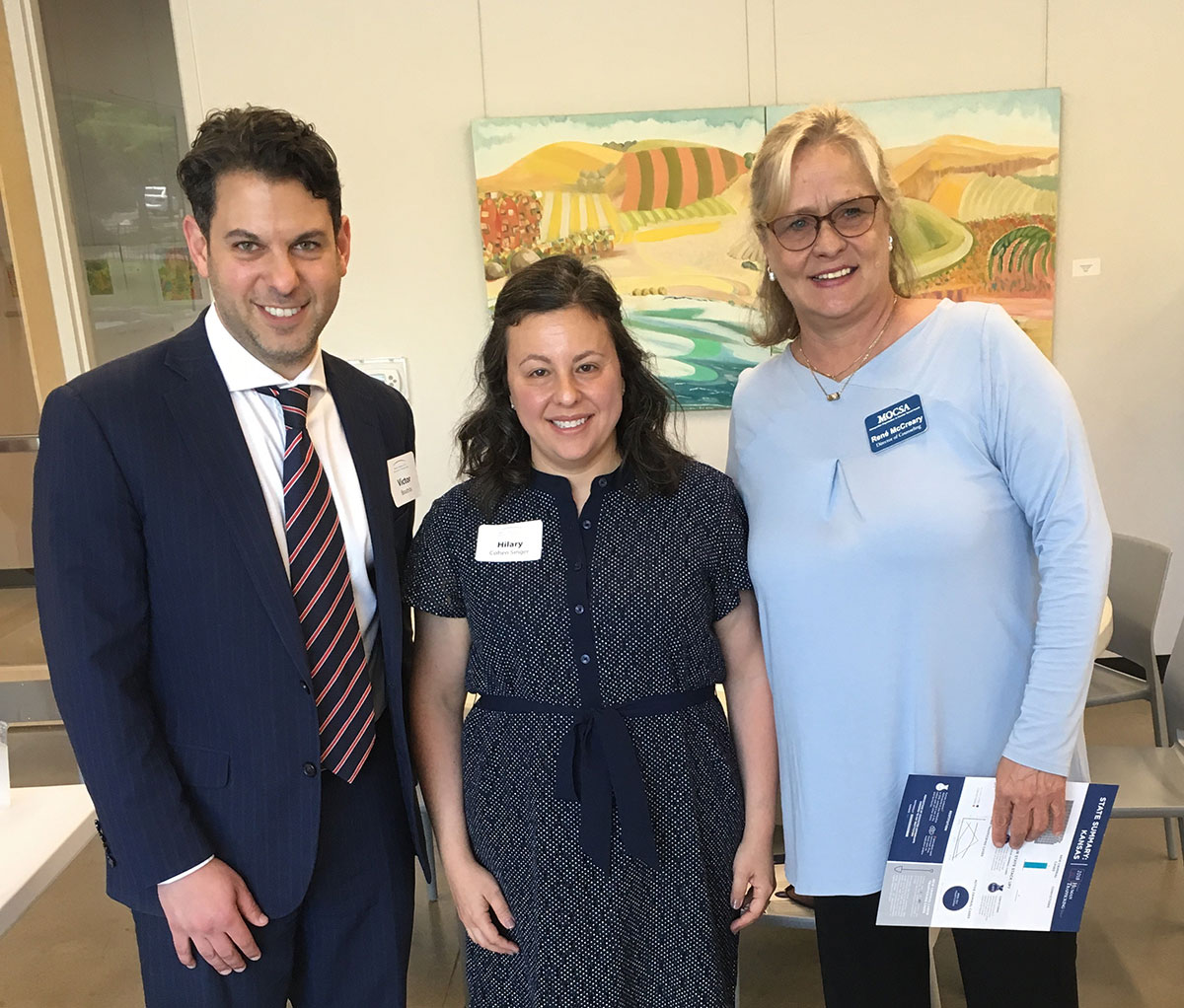 During Victor’s tenure as a federal prosecutor, the U.S. Department of Justice launched a pilot program to combat trafficking in the United States. Six federal prosecution districts were chosen to participate, including Kansas City. The program equipped specialized law enforcement with in-depth knowledge of the trafficking industry and trained them to investigate trafficking crimes. Former FBI agents and experienced trafficking prosecutors worked alongside training units to assist with daily operations and ensure trafficking cases reached conclusion.

The six districts in the pilot program saw a 114% increase in the total number of traffickers charged over a two-year period, compared to the 12% increase in the rest of the U.S. The Human Trafficking Institute is working to replicate this model in communities throughout the developing world.

“I think this is an incredibly exciting time to be a part of this movement,” said Victor. “For literally thousands of years, slavery has flourished, and for the vast majority of that time, it’s flourished legally. Now, we have a front-row seat to see laws and enforcement that can actually bring an end to widespread slavery in the world.”

Donors also heard from Rene McCreary from Metropolitan Organization to Counter Sexual Assault (MOCSA). Located in Kansas City, MOCSA offers support to sexual assault victims through counseling and rehabilitation services. MOSCA provides counseling services to 1,500 individuals each year. Staff are trained to look for signs of trafficking when screening individuals seeking treatment. Rene shared that counselors at MOCSA make sure to ask young victims of sexual abuse if anyone has taken photos of them, a common indicator of trafficking.

Hilary Cohen Singer from Jewish Vocational Services (JVS) also spoke to donors at the event. JVS partners with the Trafficking Victims Assistance Program, operated by the U.S. Department of Health and Human Services, to advocate for foreign-born victims of labor trafficking. As part of its mission to meet the needs of individuals, JVS provides services that help victims seek visas, employment opportunities and financial services.

Listen to the latest episode of the Grow Your Giving podcast to hear Victor Boutros discuss human trafficking on a global scale.

Are you interested in supporting organizations working to end human trafficking and provide support to victims? A donor-advised fund can help you maximize your charitable giving. Learn more about donor-advised funds or contact us at info@growyourgiving.org to learn how you can give to causes important to you.