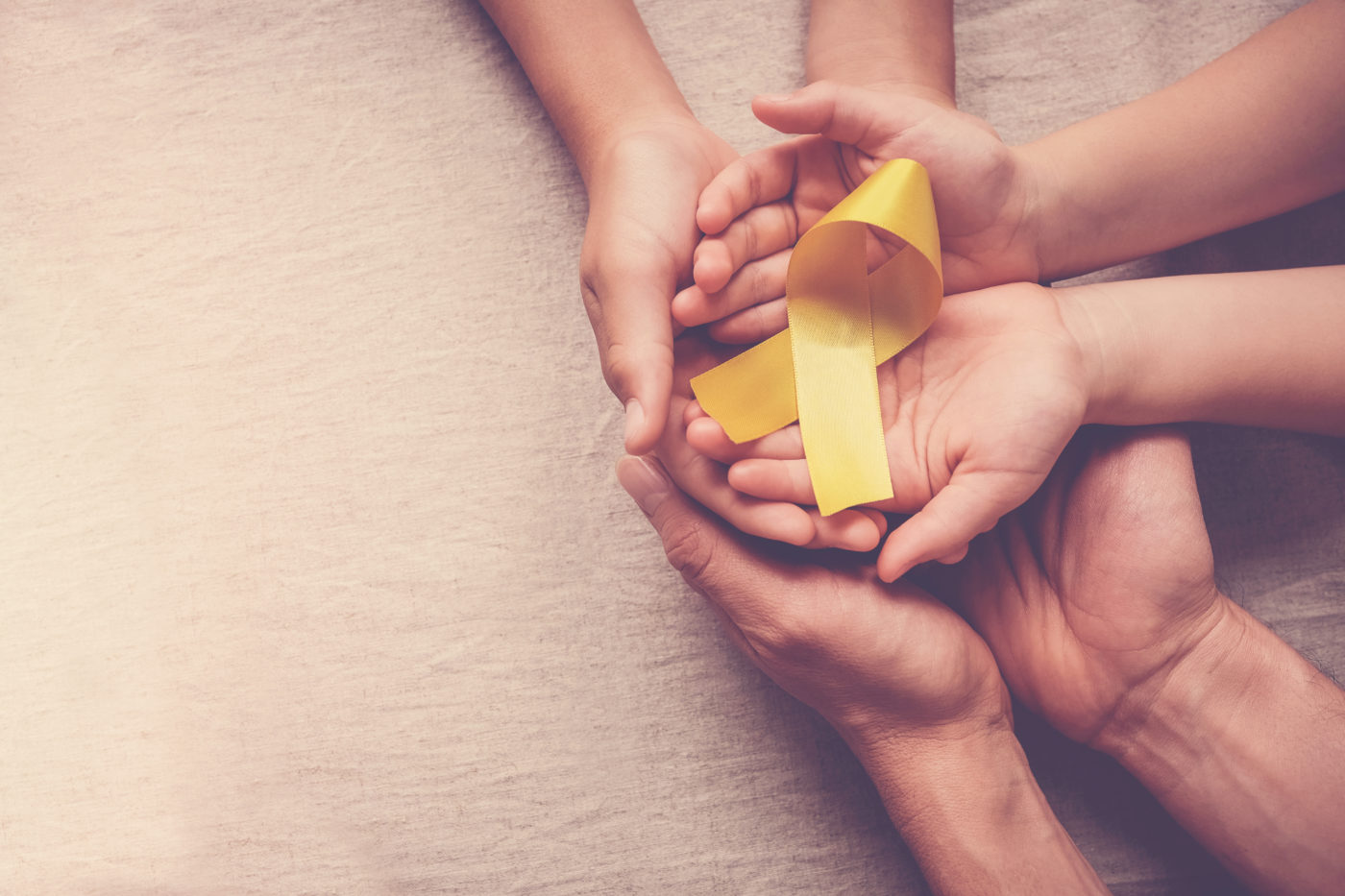 In early September, to coincide with Childhood Cancer Awareness Month, Greater Kansas City Community Foundation donors gathered to hear from local experts on how transformational gifts are advancing pediatric cancer research and offering hope of a future to children in the metro and around the world.

Deliece Hofen, Founder and President of Braden’s Hope, shared the heart-wrenching story of her son’s cancer diagnosis at just three years old. Braden was given a 30% chance of survival, and after a year and a half of clinical trial treatments, he was in remission. Just a short three months later, Braden relapsed and learned there was a less than 10% chance he would live. In the midst of this trial, Deliece was diagnosed with Stage II breast cancer and would soon learn the stark contrast between adult and pediatric cancers.

“I sat down with my oncologist, and she told me all these specific details about my cancer and exactly how we were going to target it with treatment,” said Deliece. “This was just three months after doctors had told me there was no cure for my son. It was astounding that my doctors could know all this about my cancer but we knew nothing about my son’s cancer and how to cure or even treat it. That was unacceptable.”

Braden miraculously achieved a second remission, but in 2013, he was diagnosed with Leukemia, a secondary cancer caused by the toxic treatments that put him into remission in the first place. Doctors told Braden and his family that they’d never seen a child survive this specific form of secondary cancer after remission. Luckily, a lifesaving cure was right by Braden’s side all along. Braden received a bone-marrow transplant from his then 10-year-old brother and remains in remission from both cancers.

Deliece also remains in remission from her cancer and her experience as a patient and a parent of a pediatric cancer survivor ignited a flame within her.

Kansas City is fortunate to have three major institutions dedicated to partnership in the name of cancer treatment and research for children. Children’s Mercy Hospital, University of Kansas Cancer Center and Stowers Institute work closely together with the singular goal of helping childhood cancer patients and their families.

“We’re all on the same team,” said Dr. Tom Curran, Executive Director and Chief Scientific Officer of Children’s Research Institute at Children’s Mercy. “The secret to success is an equal partnership at every step of the way, and we’ve done a marvelous job of that so far. I’m excited to see it continue.”

The state-of-the-art Children’s Research Institute at Children’s Mercy will open in 2020 and focus on cutting-edge pediatric genomic medicine and clinical pharmacology research. Because of transformational philanthropic gifts, each cancer patient at Children’s Mercy can have their entire genome sequenced, allowing scientists and researchers to learn more about the specific disease and available treatments. Unlike many other research centers in the nation, all data and research collected at the Children’s Research Institute will be shared with other institutions in hopes of collectively advancing childhood cancer research.

“A success for one of us is a success for all us,” said Dr. Jensen. “We’ve put any competition aside to put these kids and their futures at the forefront. They are what matters.”

To learn how you can support organizations advancing pediatric cancer research with your charitable fund, contact Donor Services at service@growyourgiving.org or 816.842.7444.