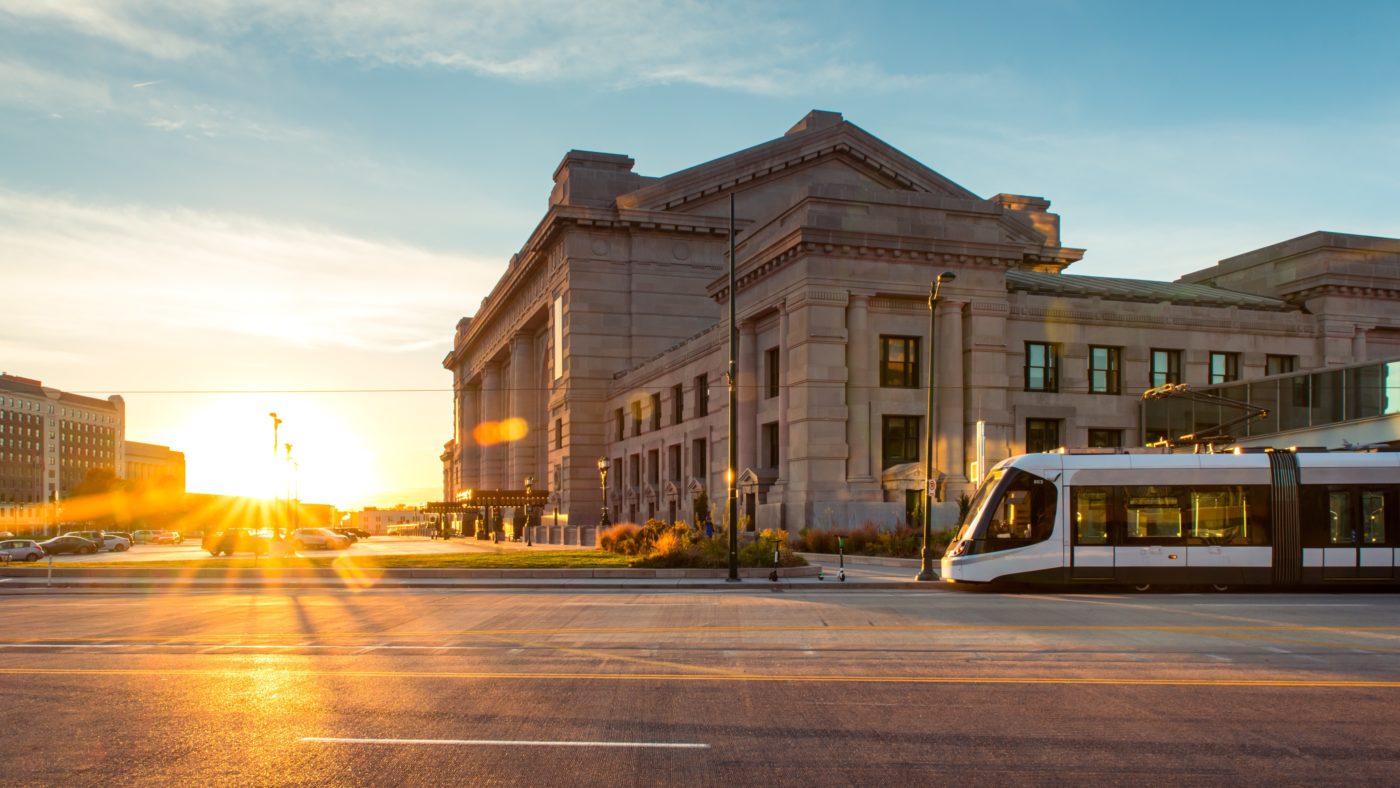 Union Station, sitting in the heart of Kansas City, was the gathering place for a recent behind-the-scenes event for Greater Kansas City Community Foundation donors. Families with children and grandchildren of all ages gathered to explore the architectural masterpiece and hear the complex history of Union Station. 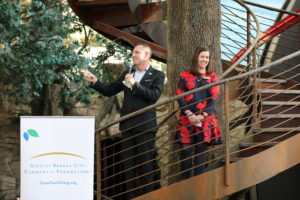 The event began with brief remarks from George Guastello, President and CEO of Union Station, and Whitney Hosty, Senior Philanthropic Advisor at the Community Foundation. Then, Community Foundation donors and their families embarked on historical tours of the 850,000-square-feet facility.

Community Foundation donors with young children explored Science City after it closed to the public, spending time in the interactive exhibits of the science museum. Science City staff members were on hand to answer questions and even performed a dissection of a sheep’s brain for curious young minds.

Union Station staff and volunteers led historical tours around the vast building, sharing the remarkable history of the development, decline, and eventual transformation and rejuvenation into the building and organization we know today.

Union Station originally opened in 1914 as the second-largest train station in the country. Each year, thousands of people passed under the massive, 3,500-pound chandeliers hanging from the ornate ceilings in the Grand Hall to catch a train, reunite with a loved one under the giant clock, or anxiously anticipate the return of a soldier during World War II.

As the airline industry grew, train travel began to decline and Union Station saw fewer and fewer visitors each year. One by one, restaurants and stores that occupied the 900 rooms of Union Station began to shut down. In 1985, the then dilapidated Union Station closed. 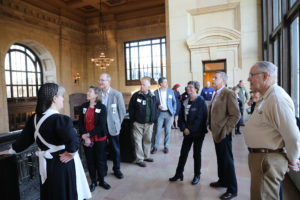 Kansas City officials worked to devise a plan to save the quickly deteriorating building. In 1996, voters in five counties across Missouri and Kansas voted to approve a first of its kind bi-state sales tax to restore and revitalize Union Station.

On November 10, 1999, Union Station reopened its doors to the public after a $250 million renovation. Train service returned in 2002, and Union Station still houses an Amtrak station for railway passengers traveling across the country.

The Community Foundation’s donor education events serve as an opportunity for donors to get an up-close-and-personal experience with causes or interest areas in the Kansas City metro while connecting with their charitable peers. The team at the Community Foundation always welcomes suggestions for event topics or ideas. Submit your ideas to info@growyourgiving.org.